Boost your profit through price testing

Animalhouse Fitness started with a simple question - “what if you could lift dumbbells with your feet?” After 3 years of development, the team released their MonkeyFeet product in October 2020, unlocking all new sorts of leg workouts for people in any environment - no crazy expensive machines required.

The brand saw explosive growth in its first year and a half, selling hundreds of thousands of units. The team kept up with the growth, and focused on ways to make the product and engineering even better, such as coming out with their own dumbbell set.

But there was a nagging question - could our pricing be better? Would we make more profit at a different price point?

The team initially tried price testing with Google Optimize, but realized there was a high level-of-effort involved, and decided to look for a dedicated Shopify Price Testing tool.

The Animalhouse team decided to work with Intelligems in part because of Intelligems’ ability to flexibly support their brand’s needs - for example, excluding US traffic from the test, or properly including bundle in the test. The team wanted to try a range of price points on their core product - the MonkeyFeet. They decided to try $74.95 (the control group), $79.95, $84.95, and $89.95 - with 25% of traffic being sent to each group. There are several bundles that include the MonkeyFeet, and these were adjusted accordingly with increments of $5.

Since Animalhouse is on Shopify Plus, no products were duplicated and the product catalog stayed the same.

It took about 2 days to go from installing the app to having the test ready to go. The Intelligems team supported the integration and QA - a high standard here ensured that the best possible data would be received.

Intelligems was able to integrate with PageFly, Shipbob, and other tools to make sure that customers would see a consistent price regardless of their path through the store. 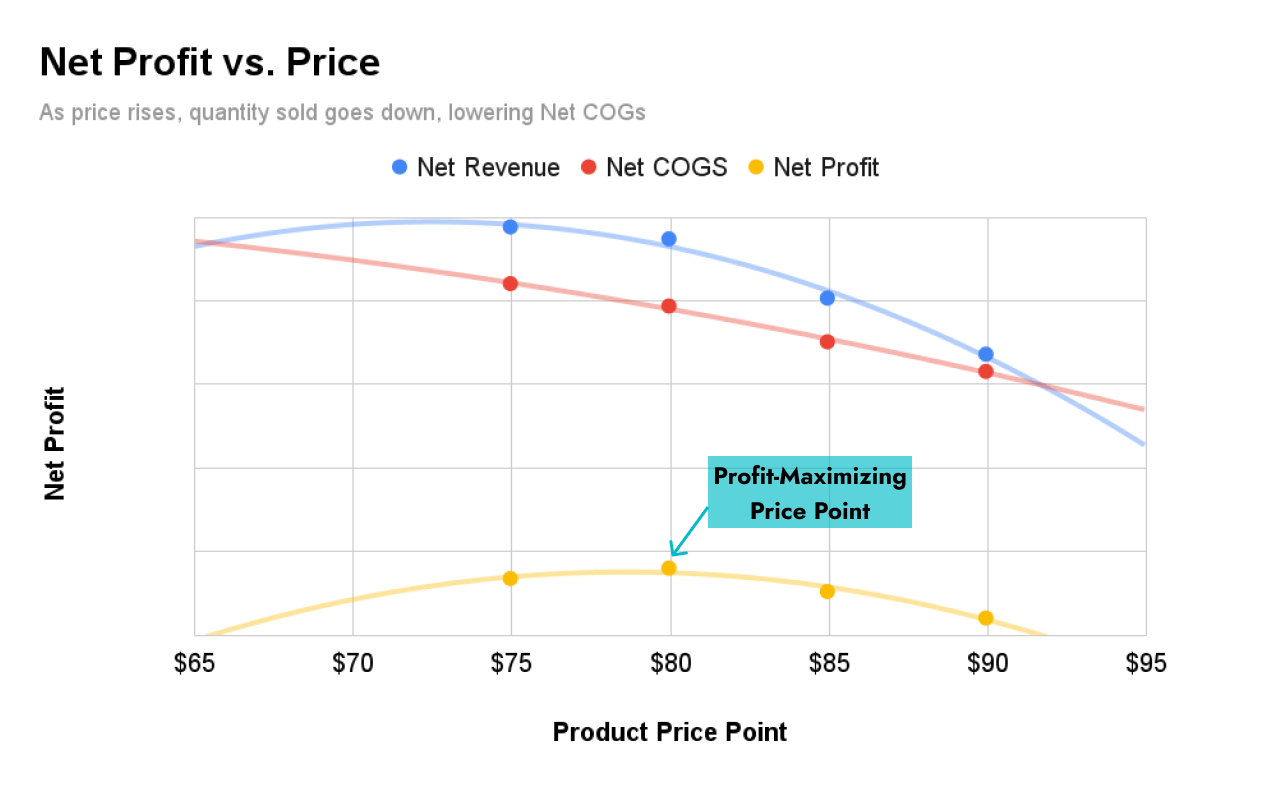 After about a month, the Animalhouse team had enough data to make a decision - it turned out that raising prices $5 to $79.95 increased profits by ~2.2% while keeping revenue the same.

And, since there were 4 data points being tested, we could really see price elasticity at play - which will be helpful knowledge as the Animalhouse brand continues to evolve.

If you are interested in running a price test on your products, come talk to Intelligems on our website or find us on the Shopify App Store.

Wondering whether bundle discounts or lower product prices will drive more conversion while improving margins? This brand ran an AB test to find out!

Price Elasticity - and how to find it through Price AB Testing